Your Partner in a More Profitable Practice Since 1949

Young patients exhibiting thumb and/or tongue habits can be encouraged to discontinue the habit by using a reminder appliance. The appliance assists in compliance by making the child more aware of a finger habit that has become second nature. Improper posturing of the tongue can be approached by a guard that guides the tongue to the proper position in the vault and protects the anteriors from further malalignment.

Many Doctors prefer a fixed appliance for finger habits. The most comfortable variation appears to the Fixed Palatal Guard. This appliance does not keep the digit out of the mouth, but prevents finger contact with soft palatal tissue. The satisfaction derived from sucking and tissue contact are removed, thus discouraging the habit. 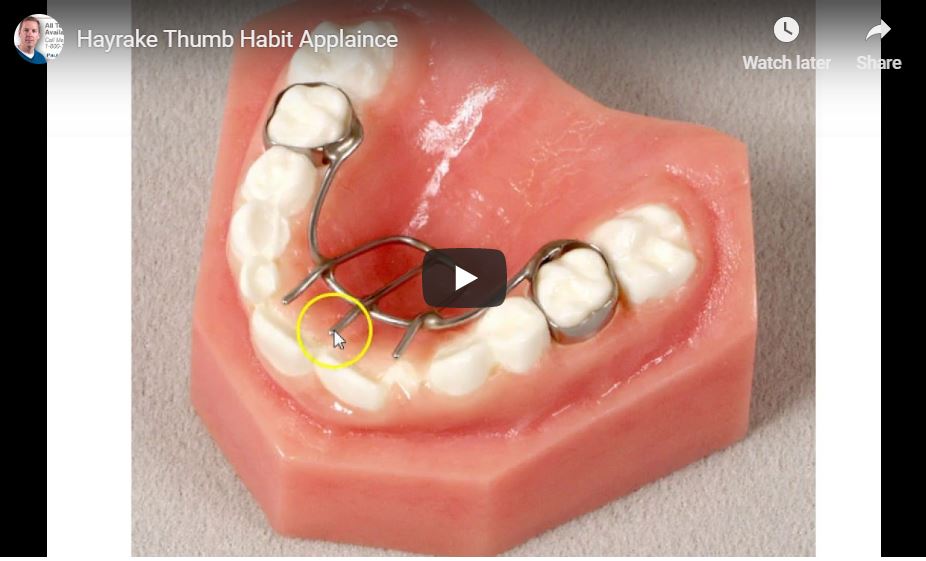 The Hayrake Palatal Guard adds the additional aspect of projections to provide a more potent reminder of tongue and finger habits. This therapy is considered a punitive approach and is used when previous attempts have been unsuccessful in eliminating the persistent habit